People are always asking me for my recommendations on things to do, and in particular, places to eat on North Carolina’s Crystal Coast, so here’s the quick and dirty!

About the Crystal Coast:
I love its tourism slogan “North Carolina’s Gem.” It’s so fitting for this lovely area that includes Atlantic Beach, Morehead City and Beaufort.

Where to stay:
Formerly known as the Clamdigger, it now goes by the more upscale sounding moniker of The Inn at Pine Knoll Shores. It’s a great hotel for a quick weekend trip. For longer trips we book a condo through Cannon and Gruber.

Where to eat: (The most frequently asked question!) 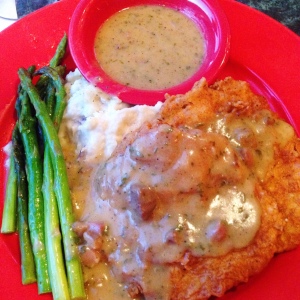 Amos Mosquitos in Atlantic Beach. My number one choice though it’s really a tie between here and Floyds. Fun, casual atmosphere and great food. The pork chop with tasso ham gravy is what I’d want as my last meal if I’m ever on death row. It’s only open for dinner and always packed in the summer. Get there early and be prepared for a wait, but it’s worth it. Have a mojito in the bar while you wait. And order the s’mores for dessert cause it’s fun! 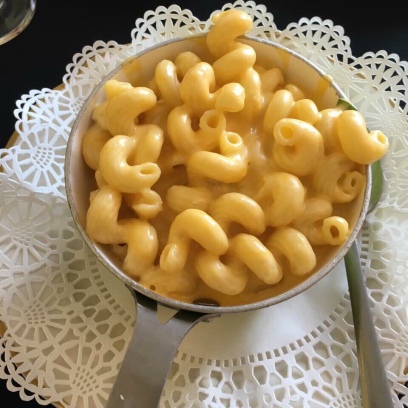 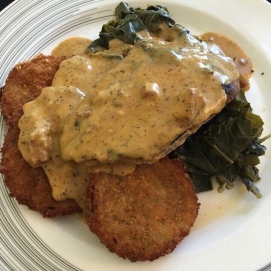 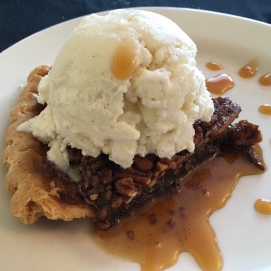 Floyds 1921 in Morehead City. My other number one. In a beautiful old home it’s casual but still has a fine dining flair to it. The entire menu is wonderful. The crab bisque, mac and cheese appetizer and meatloaf are all good. I usually order mahi mahi when I’m here. And I ALWAYS (well except for last year when I was pregnant) order a Big Daddy Dirty Martini! Amazing desserts too! 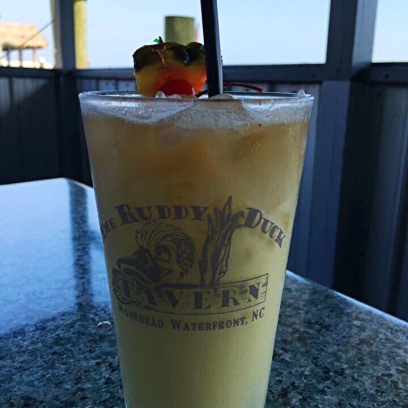 Ruddy Ducks in Morehead City. This is my dad’s favorite place and we usually end up eating here at least twice if not three times while we are visiting in the summer. The shrimp basket is the best deal at the beach! Sitting on the deck makes for an even more enjoyable experience. The painkiller cocktail is another yummy choice. The fish tacos are good as are all the burgers. Great place for the seafood and non-seafood lovers.

Channel Marker in Atlantic Beach. This place has a bit of an old-school feel to it. They put out the cracker basket and cheese on the table when you arrive. The deck is great if you like to sit outdoors with a view, it’s right on the waterway. The mahi is good and just the plain ol’ fried flounder is another of our favorites. I always upgrade to the stuffed baked potato.

Spouter Inn in Beaufort. Great spot for lunch. The flounder sandwich is good as is the egg salad. Another great place to dine al fresco right on the water!

North Carolina Aquarium at Pine Knoll Shores. I just love this place. I go nearly every summer. Be sure to pet the stingrays and say hi to the otters, Neuse, Pungo and Eno. If the otters are asleep on your first trip around, swing back by again before you go. It’s worth it to see them playing!

Shackleford Banks. Take the ferry from Beaufort over to this little island to see the wild ponies and collect some shells. It’s wonderful at low tide as there is a big sandbar you can walk way out on.

Fort Macon in Atlantic Beach. If you like history this place is definitely worth a visit.

You know those people who say “I don’t like surprises,” well, I’m not one of those people. I love surprises. My Mamma was the surprise queen. Over the years she planned surprises parties for me and she would always keep one special Christmas present as a surprise for that night. Some years she actually found Christmas presents months later that she had hidden away so I would even get a surprise well after the holiday.

My fiancé is also good at surprises, although he is one of those who claims not to like them himself. For my birthday this year we weren’t able to celebrate together on the day of my actual birthday. He surprised me later in the week, bringing me lunch to my office. One of the Arby’s bags he set down on the desk was our lunch, in the second bag was my birthday present! He and my mom often colluded to surprise me. For our two-year anniversary he got me a piece of jewelry I had seen while on vacation and really wanted. My mom helped him contact the shop and order the ring for me — a huge pink agate druzy. He showed up unexpectedly at my house two days before our anniversary with two dozen roses and the pink druzy ring. He really surprised me this past Christmas when he proposed. Though we had been together more than five years and had talked seriously about marriage, I still wasn’t prepared when he dropped to one knee and opened up that ring box.

My bridesmaids are also good at surprises. One of my bridesmaids, Amanda, lives in Texas and wasn’t able to be here for my bachelorette celebration at the wine festival. Instead she surprised me by sending me a hand-painted wine glass to use for the day. A few weeks ago my other two bridesmaids pulled off a pretty epic surprise. They had told me a few months ago that they were taking me to Charlotte for a spa weekend at the end of May. The day arrived and we piled in the car to head to Charlotte. As we passed through Charlotte I noticed that no one seemed to be paying attention to the directions and so I asked what exit we needed to get off.

“Oh, we have a while longer,” said Leighanne. A little while later when we were no longer even in North Carolina I said “ok, what have I missed.” The spa weekend had been a hoax all along and they we were really taking me for a beach weekend at Amelia Island in Florida!
My bridesmaid Leighanne’s sister has a place there and I had been to visit before. It is a beautiful place. Leighanne and Sarah said they were a little worried that I might be disappointed that I wasn’t going to be getting a massage and pedicure, but I wasn’t at all. Not that a spa weekend wouldn’t have been nice, but the beach trumps about everything in my book.

We had a great time relaxing on the beach and just enjoying each other’s company. Of course, eating some good food was also on our agenda at the beach. We enjoyed appetizers at a beach-side restaurant called Sliders and a really great meal at a little pub where we dined al fresco under beautiful live oaks draped with Spanish moss.

Leighanne also prepared us a great meal to enjoy the night before we left. Now, as I’ve mentioned before, I love my Crock-pot. With just a little prep work you can have a meal simmering and cooking all day and ready when you arrive home. Most of the meals I typically prepare in a slow cooker are very rich, warm and comforting foods. As such, I tend not to use my Crock-pot as much in the summer when lighter fare is what’s more enjoyable.

Leighanne’s roast she prepared in the Crock-pot though was the perfect dish after a long day at the beach. Though the meat was hearty, there are lots of carrots in the recipe which give a nice summery flavor and she paired it with a lovely fresh green salad with fresh berries and goat cheese. Sometimes a typical winter comfort food like pot roast can surprise you with its deliciousness on even a hot summer day. Leighanne has graciously shared her recipe.

Directions
Heat the olive oil in a skillet over medium-high heat. Generously sprinkle the roast all over with salt and pepper, then rub the paprika into all sides. Cook the roast for about five minutes on each side to brown. Meanwhile, combine the broth, wine, tomato sauce, vinegar, and honey; set aside. Put the sliced onions, carrots, and garlic in the bottom of a 5 to 7-quart slow cooker. Remove the roast from the heat and place it on the vegetables in the slow cooker. Pour the broth and wine mixture into the hot skillet and use a spatula to scrape up any browned bits; pour over the roast in the slow cooker. Cover and cook on high for one hour. Reduce to low and cook for 7 to 9 hours longer, or leave on high and cook for 3 1/2 to 4 1/2 hours.