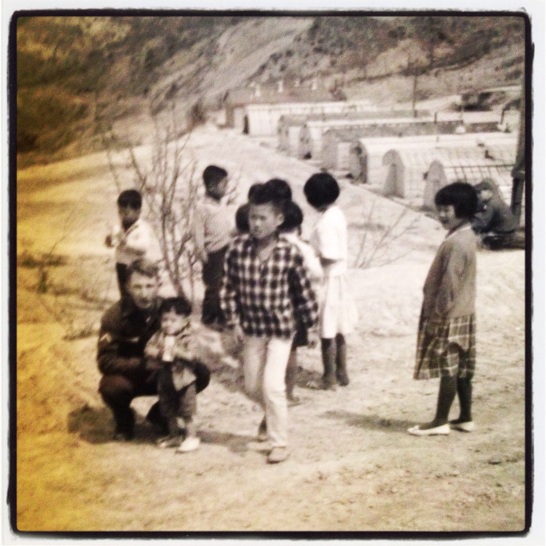 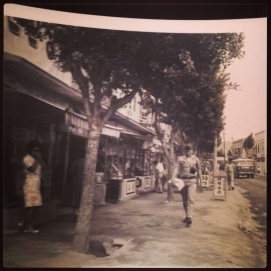 I heard a really interesting segment on NPR not long ago about kimchi. I know next to nothing about Korean cuisine, but I do know the word kimchi. My dad served in the army and was stationed in Korea from 1965-1966. He was not a fan of Korean food and doesn’t speak highly of kimchi. But, my dad is not too adventurous when it comes to food.

Click here to skip to the recipe for Kitsey’s Kimchi

I, on the other hand, like to try new things and especially spicy things. And so I decided to try my hand at making my own kimchi. I used a really simple recipe I found on The Kitchn, one of my favorite cooking websites.

I wanted to dig a little deeper into the cultural tradition that is kimchi though. While my dad didn’t care for it, kimchi is a staple in the diets of the people of Korea. There are more than 50 million people in South Korea alone, that many people can’t be wrong.

My friend Alicia is currently living in South Korea where she teaches English. Here’s what she had to say about kimchi.

“I’m picky about the kimchi I allow onto my plate. Some kimchi can be really spicy, some too fishy, some too salty, and I know of one place that serves kimchi that tastes like it was just dunked in tomato sauce. If I were Korean, I would be embarrassed to serve it!” Alicia said.

In the fall and winter of the year, the women of the household begin the process of making kimchi which is called Kimjang.

“The moms and grandmas get together and make huuuuge batches of kimchi around this time of year,” Alicia explained. “One of my boyfriend’s students said she was stuck making kimchi all weekend with her grandmother, and one of my adult students said she made about 30kg of kimchi one Sunday!” That’s around 66 pounds of kimchi! Wow!

“Traditionally, kimchi is left to ferment in an onggi, which is an earthenware pot/urn that comes in all different sizes, but these days people can just put it in a glass container or a BPA-free plastic container. Easier for storage, especially in the tiny high-rise apartments in the cities,” Alicia said.

“There are actually dozens of different kinds of kimchi, even though most people think of the napa cabbage kimchi when they hear the word.”

Alicia said in Korea that kimchi can be served for lunch or dinner and even at breakfast!

“Kimchi is as good thrown onto a hot grill as it is served in fried rice or eaten on its own,” she added.

Making kimchi is a real family affair in Korea, Alicia said. It was a family affair at the Harrison household as well. Morgan helped me chop all the vegetables up, and by help I mean he did it all. We used carrots, radishes and green onions in ours, in addition to the Napa cabbage.

But our kimchi making was on a minute scale compared to how they do it Korea.

Alicia said a woman from her class, who goes by the English name of Jasmine, spent an entire day making kimchi with her husband.

“They made three different kids of kimchi with 100kg  (about 40 heads of Napa) salted cabbage! The kimchi she made will be sent to her daughter’s family and her son’s family. Another woman (Jun), her sister, and mother made the same amount of kimchi to be divided among 11 people in their family. I asked if they had to wait a couple of days before eating it, and they laughed and said, ‘Oh noo.’ They usually end up picking at the kimchi while they are making it, and often eat it with boiled pork as they go. Some women said there is no real recipe they follow, but one woman (her English name is Naomi) said that she wrote down her mother’s recipe about 20 years ago because she knew she would have to make it for her two daughters one day. Her daughters are now in college and do get the kimchi that Naomi makes.”

Kimchi is so popular in Korea that many apartments come equipped with a special refrigerator just for storing the kimchi.

“They’re about the size of a dorm fridge, set under the counter where cabinets would be. There are usually two drawers with separate climate controls. Kimchi tends to make everything else in your fridge smell and taste like kimchi, so a separate fridge is a must when you have 30 kilos of it!” Alicia said.

“We use ours to store leftovers and beer though,” she added.

Morgan and I made only a small amount, which

fit into a quart mason jar. We served it with rice and chicken stir fry. I was a little nervous to cook it into the rice as I had never had it before so I cooked the stir fry and rice and just added a bit of the kimchi afterwards. I really enjoy it though and so did Morgan so next time maybe we’ll try making fried rice with the kimchi.

Another friend of mine, Rachel, has an entire blog about her adventures in Korean cooking. 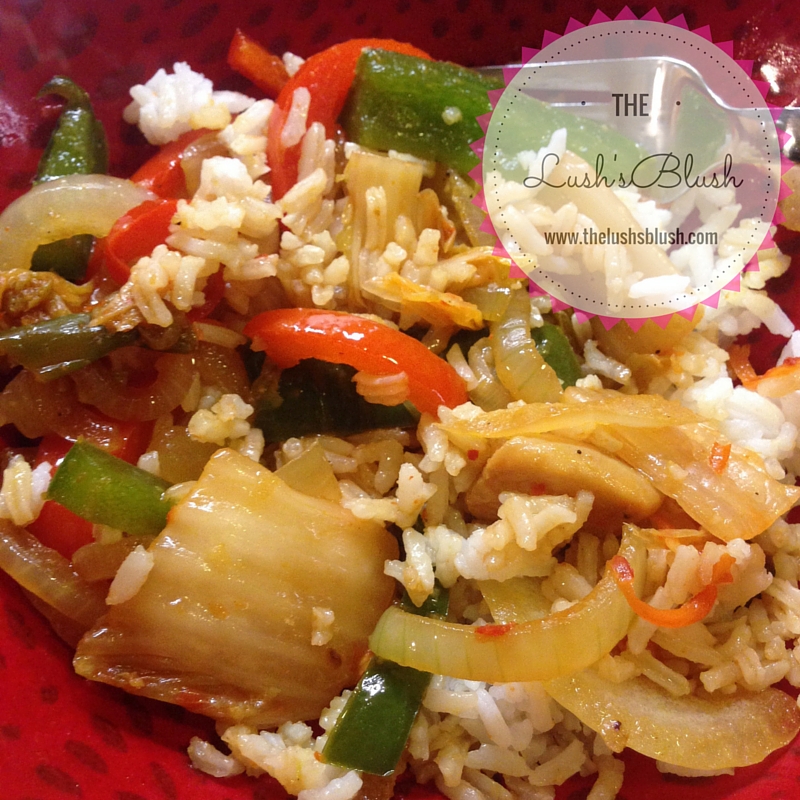 Chop cabbage, remove core and cut cabbage into two inch pieces. Put cabbage into large bowl and gently massage salt into cabbage until it begins to soften. Once cabbage has softened a bit, cover with water and let sit in brine for one to two hours.

Combine the cabbage with the other veggies in a large bowl. Using disposable gloves (seriously, you’ll burn your hands if you don’t!) massage the spicy paste into the vegetables. Keep massaging until the mixture becomes fairly liquidy.

Next pack the kimchi until a clean and sterilized glass quart jar. Pack mixture down into jar until liquid covers. Allow to sit on counter in a cool dry place for one to five days to ferment. Each day check the kimchi, open jar to release air bubbles and use a clean spoon to pack kimchi further down into the brine in the jar. On day five move kimchi to fridge. Serve with stir fry!