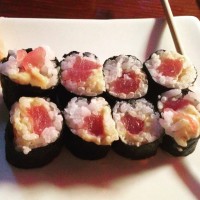 There is a big big world out there and in it are many delicious and delectable things to eat. There are also some food choices that may make you say, “ew, you eat that?” I know here in the country, there may be many of you who grew up (or still do) eat small game like rabbit, squirrel and even possum.

I’m not sure how it started, but for as long as I can remember, my Uncle has teased me about eating possum. He loves to tell me about the entire process that our own family used to go through years ago to prepare the possum. First you put it in a barrel and feed it a bunch of stuff so it gets nice and fat. When the possum is fat enough to make a meal out of it, you clock it in the head with a hammer and roll it in the ashes of a fire to singe off the fur before cooking it with either onions or sweet potatoes. My favorite part of this story, told to me by Uncle Clip, is about a family member who didn’t quite hit the nail on the head, so to speak, and the possum wasn’t dead when it was put in the ashes. It jumped up and ran out the door. Talk about fast food.

I just don’t think I have the nerve to eat possum, no matter how it’s prepared. I did have a bowl of 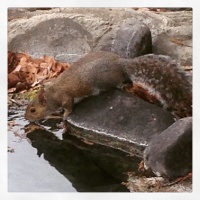 rabbit gumbo once, but as for other small game like squirrel, I just don’t think I can eat it. My fiancée hails from West Virginia. I teased him the first time he took me up there to visit his family and asked if they were going to make me eat squirrel. He calmly replied that no, they wouldn’t make me eat anything, but if I wanted to try squirrel gravy, his Uncle probably had some squirrel in the freezer and would be happy to cook it for me. I politely declined.

One new dish I did learn to eat in West Virginia, however, is now one of my favorites — pierogies. I had never even heard of this before, but it is a most delightful combination of mashed potatoes and pasta. You can find pierogies in the freezer section at your local grocery store. The original dish comes from Poland and is a dumpling like dough with a filling, most commonly potatoes and cheese.
I confess to having some sort of irrational fear of making any recipe involving dough so I have yet to try to make my own pierogies. My friend Judy had a mother-in-law of Slovakian descent whom she said made the very best pierogies. Of course, like most good old school cooks, she didn’t have a written down recipe. Judy found a recipe online though that she says most closely resembles her mother-in-law’s dish. If you give it a try, please let me know how it turns out!

While obviously talking me into eating something that combines two foods I already know I like (potatoes and pasta) was much easier than trying to convince me to try squirrel, the truth of the matter is, sometimes you don’t know until you try something whether you like it or not.
And, it may even take more than one try to determine if you really like something.

I had my first taste of Indian cuisine in college and wasn’t really impressed. I tried it again with some friends a few years later and now it’s a cuisine I love. Sushi is another food that I never though I would eat, but now enjoy regularly. Now mind you, I grew up eating bass, catfish and frog legs, but eat raw fish? Ew! In college a sushi stand opened in the student center and it was wildly popular. I did try the veggie rolls which had no seafood in them, but wasn’t yet brave enough to try any actual sushi. (I also gave up eating frog legs after having to dissect one in eighth-grade biology.) 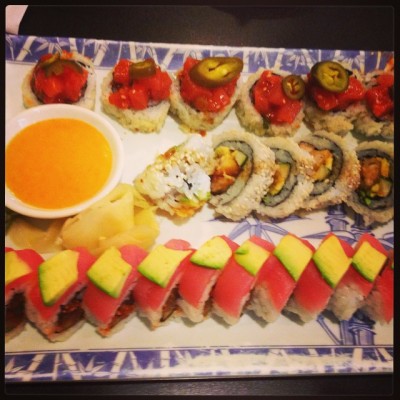 A few years ago I did have one piece of sushi at a Korean wedding I attended. I was a bit squeamish about it, although I loved the kimchi (a traditional Korean dish of fermented cabbage or other vegetables). It was not until the last few years that I really became brave enough (after trying little bites of my fiancée’s food) to really eat sushi. Spicy tuna rolls are my favorite.

So, the moral of the story is, there is a big wide culinary world out there and don’t knock something until you try it. I’m still going to pass on the possum though!